Isabella first saw Key Word Signs when she went to the wonderful Monday playgroup run by Jodie, Cathy and Ildiko at PlumtreeChildren’s Services from the time she was about 12 months old to two and a half years of age. During a Hanen speech therapy course run by Julie at Plumtree for parents, our first goal and lovely success was getting Isabella’s first great natural gesture sign (her magic pointing finger) going so she could indicate what she wanted by pointing. For a little more than a year, from September 2016 to October 2017, Marg Aiken (an Early Childhood Educator from Plumtree) worked with Isabella and I doing playful therapy at home, which included Key Word Signs. Isabella loved those sessions, in each one something would spark for Isabella.

She began first signing “up” and ‘down” so a beautiful little orange-brown bear puppet would appear and disappear, and “more” so she could ask for more of all the games she loved. She learned the (natural gesture) signs for “I/Isabella”, “you/Marg” and “you/Mum” to play her favourite game “Mr Potato-Head” over and over again. In the last two sessions, Isabella took the lead role (usually Marg’s!), remembering and signing whose turn it was.

A lot of lovely natural gesture signing was also happening at Isabella’s preschool – all the hand gestures to go with songs like “Twinkle Twinkle Little Star”, “Where is Thumbkin?” and “Head and Shoulders, Knees and Toes…” Isabella took up these songs and gestures with a passion! For months she loved “Twinkle Twinkle Little Star” doing the gestures for twinkle, how I wonder, up above, like a diamond and singing the part “how I wonder).” Then she came home one day with a new favourite, “Where is Thumbkin?” doing the gestures for where? Thumb, pointer, tall finger, ring finger, pinky, and run away. She is still enjoying singing her favourite line “Here I am!” with great gusto and joy.

Over that year Isabella gradually learned and began using about 25 signs: More, Finished, Up, Down, Where, Bye, I/Me/Isabella, You, Want (her own unique sign), Sleep, Waking up, Yummy, Crocodile, Elephant, Yellow, One, Two, Three, Four, Five, Six, Seven, Eight, Nine, Ten. Plus, natural gesture pointing to parts of the body (Head, Shoulders, Knees, and Toes etc).

In November 2017, Margaret Redmond (a Speech Therapist from Plumtree) began working with Isabella at home, immersing her in Key Word Signs, and boy did Isabella love it! She laughed her little head off as we flung colourful little monkeys up and down on a stretchy square of red silk material, singing ‘Five cheeky monkeys jumping on the bed.’ Soon she was signing in anticipation the key words of the song, five, jumping, fell off, head, called/telephone, no.

Over the summer holidays, we did lots of swimming, singing and signing (especially ‘Five Cheeky Monkeys’!). By the beginning of February 2018, Isabella had another 15 signs: Bubbles/Pop, None, Orange, Blue, Green, Chicken, Tiger, Duck, Rabbit, Butterfly, Shhh/Quiet, Pinky Promise, and Aeroplane.

Then the biggest leap of all happened … creating a signing environment at Isabella’s preschool and with everyone working with Isabella at home.

Signing also helps us communicate with Isabella, telling her what we need her to do and why, helping us work and play together, share jokes and affection. It is making possible all the kinds of communication that nourish loving thriving relationships. Picture: Isabella’s teacher and the children at preschool signing (and being) Easter bunnies

Isabella has always been a joyful little human being, but she is happy in a new way. She is becoming very communicative, more confident and more expressive. Coming home from preschool excited and wanting to engage me with signing and word attempts, including for the first time combining words, such as pointing to her artwork on the wall and signing “green hand” and “blue foot” (vocalising “green” and “blue” as she signs) and signing “Isabella telephone Daddy”.

This is the enormity of the wonderful gift from the Plumtree staff, Marg, Margaret, Isabella’s preschool teachers and home teachers, and Tanya, who taught us Key Word Sign so beautifully.

* The preschool covered the cost of the course for four of their staff who work with Isabella ($105/$130 per person, total $445), and we used NDIS funding to cover the cost of training for three more preschool staff who work with Isabella and three people who work with Isabella at home, to create a signing environment for her so she can communicate (approximately $705 of NDIS funding). It was training worth its weight in gold – a very economical way for Isabella’s world of lovely people to become a world in which she can communicate! I’m guessing there might be similar possibilities for other families. I’m happy to share more details with any families who would like to do something similar.

Some names and identifying details have been changed to protect the privacy of individuals.

Postscript: ‘Where Key Word Signs could take you!’ Picture: Isabella’s on her way to school

By September 2018, the result of everything we had done was a language explosion. Isabella knew and could use more than 160 signs! She was combining signs to make lots of sentences and her speech was increasing along with her signs.

Because language and intellect grow in an intertwined process in the brain, by giving Isabella an alternative language (Key Word Signs) that she could use effectively to communicate, as her Key Words Sign (KWS) language took off, so did both her intellectual development and her capacity to show us what she was capable of. In Key Words Sign, she could spell her name, sign the whole alphabet, count to 20, count backwards from 10 to zero and much more.

In January 2019, she started Kindergarten in a mainstream class with a teacher and a teacher’s aide who did some Auslan sign training before she began working with Isabella.

In February 2020, she’s in year 1 and passionately learning to read, write, do maths, draw and she is a little chatterbox, communicating constantly with her signs and speech. 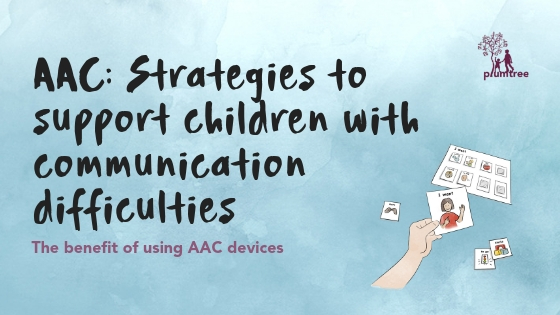 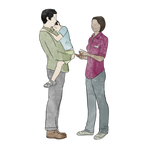